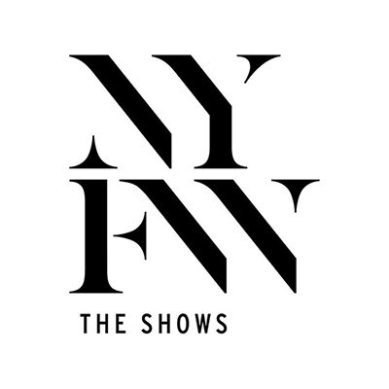 The new logo for NYFW: The Shows by Mother New York for IMG

When Mercedes-Benz dropped out earlier this year, it looked like New York Fashion Week would have no automotive sponsor.

Since 2009, Mercedes-Benz has been the official automotive sponsor of New York’s Fashion Week. Then Mercedes-Benz pulled out, and it looked like New York Fashion Week would have no auto sponsor. That’s changing with the news that Lexus is taking over as an auto patron.

New York Fashion Week kicks off this month, with shows of fashion offerings for the spring/summer 2016 season. Like fashionistas, motorists don’t just drive their cars – many wear them. Mercedes-Benz had announced early this year that it would no longer sponsor New York Fashion Week, as fashion insiders had criticized the event as “lacking buzz.”

For Toyota Motor Corp.’s luxury unit, a strong identification with high fashion may help it gain more of the global high-end image it has been seeking in order to compete with luxury giants, like Mercedes and BMW.Lexus executives this week disclosed that the division is working on a “no haggle” system of selling to Millennial buyers, who express disdain for price negotiation.

The connections between automotive and fashion design have been growing stronger for quite a while; colors and materials inside the car and sculptured metal exteriors have become key, a way of giving customers’ greater choices and establishing a brand’s sophistication and appeal.

Cadillac also had considered becoming a sponsor of New York Fashion Week, but instead opted to sponsor the first New York Fashion Week for Men, held last month. “I am very much interested in taking Cadillac into the world of fashion,” Cadillac President Johan de Nysschen told Bloomberg. “The whole idea of beginning to strengthen Cadillac’s position as a lifestyle brand is very much central to our mission.” De Nysschen, a former Audi executive who took over General Motors Co.’s luxury brand last year, also moved the brand headquarters to new digs in New York’s Soho. That was move to make Cadillac more hip and global than it had been as a brand identified with Detroit.

As for Mercedes, the exit from New York Fashion Week doesn’t mean a distancing from the fashion industry. The German luxury brand was a New York-centric company with U.S. headquarters located in Montvale, N.J. since 1972. Earlier this year, the unit of Daimler AG announced it was moving headquarters to Atlanta, catching many at the company and in the industry off-guard. Still, the brand has made a big point of stressing that it supports major fashion events around the world.

“Our relationship with fashion is not ending, and we do support fashion globally,” a Mercedes-Benz spokeswoman told WWD. “We maintain a top-tier portfolio of events. We routinely review those events for return on investment and general engagement. In general, it’s important to note that fashion and design are key pillars for Mercedes-Benz, and we will support fashion well into the future.”

Also, last month, the Council of Fashion Designers of America, which runs the fashion week schedule, introduced a new logo and brand campaign for Fashion Week. WME-IMG owns and administers the official fashion week venue and MADE, the official off-schedule venue for up-and-coming designers, and it is set to release its own branding. Lexus has replaced Mercedes-Benz as the auto sponsor for the shows that IMG hosts at New York Fashion Week and at Made Fashion Week.

This year the major New York Fashion Week venues will be at Skylight at Moynihan Station at 360 West 33rd Street and Skylight Clarkson Sq. at 550 Washington Street. For five years the major venue had been at Lincoln Center, and before that, Bryant Park.

This story has been updated to clarify that the ownership of NYFW and the fact that Lexus is the auto sponsor for IMG-hosted shows.