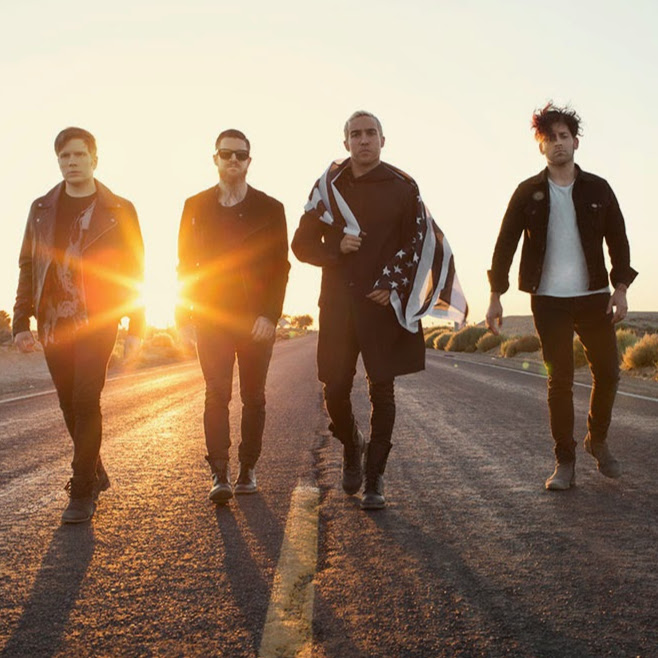 OAKLAND, Calif.–(BUSINESS WIRE)–Nov. 10, 2015– Pandora (NYSE:P), the world’s most powerful music discovery platform, will present PANDORA HOLIDAY on December 10 at Pier 36 Basketball City in New York City. A festive concert event, PANDORA HOLIDAY will feature two of the most successful names in rock music today – FALL OUT BOY and PANIC! AT THE DISCO. The event will additionally feature a performance by G-EAZY, an acclaimed rapper out of Oakland, and the ever-popular CASH CASH will spin in between sets. Although the concert will be located in New York City, ALL Pandora listeners will be able to experience it through a special livestream. In addition to the performances and livestream, Pandora is offering two unique mixtapes celebrating the event. The first is curated by Fall Out Boy, featuring the band’s favorite rock music, and the second features hip hop and was curated by G-Eazy. Both mixtapes will go live on December 2. RSVP for the concert HERE.

“Pandora’s partnerships with artists have risen to a new level over the past 12 months, so it’s appropriate to wrap up 2015 with a show featuring dazzling talent with whom we have truly partnered across the year. We’re also elated to be extending our Holiday event to a broader audience for the first time via the livestream,” said Lars Murray, SVP Music Makers Group, Pandora.

The mixtapes, concert, and livestream continue the work Pandora has focused on in the past year to help artists better connect with their fans. The work began with the launch of AMP, Pandora’s Artist Marketing Platform, and continued with the acquisition of Next Big Sound, and the release of Artist Audio Messaging. Most recently, Pandora’s acquisition ofTicketFly will connect touring artists to Pandora’s more than 78 million monthly listeners, ensuring the millions of tickets that go unsold each year become a thing of the past.

Pandora Holiday attendees will be treated to custom activations from sponsors including: Express, Glade®, Guitar Hero® Live, T-Mobile and Toshiba.

Pandora is the world’s most powerful music discovery platform – a place where artists find their fans and listeners find music they love. We are driven by a single purpose: unleashing the infinite power of music by connecting artists and fans, whether through earbuds, car speakers, live on stage or anywhere fans want to experience it. Our team of highly trained musicologists analyze hundreds of attributes for each recording which powers our proprietary Music Genome Project®, delivering billions of hours of personalized music tailored to the tastes of each music listener, full of discovery, making artist/fan connections at an unprecedented scale. Founded by musicians, Pandora empowers artists with valuable data and tools to help grow their careers and connect with their fans.

ABOUT FALL OUT BOY

Grammy-nominated Fall Out Boy – who won Best Rock Video at the 2015 MTV Video Music Awards, Best Alternative Band at the 2014 People’s Choice Awards and was nominated for Top Rock Artist and Top Rock Song (“Centuries”) at the 2015 Billboard Music Awards – have cemented their position as one of rock music’s biggest-selling bands. To date, their songs have been spun 1.55 BILLION times on Pandora. Their sixth Gold-selling studio album AMERICAN BEAUTY / AMERICAN PSYCHO debuted at #1 on the Billboard Top 200 and the album’s first single “Centuries” has been certified 4X platinum. Hailing from Chicago, Fall Out Boy—Patrick Stump (vocals / guitar), Pete Wentz (bass), Joe Trohman (guitar) and Andy Hurley (drums)—has appeared on the cover of Rolling Stone and other prestigious publications. They have performed on Saturday Night Live, The Today Show, America’s Got Talent, The Voice, Late Night with Jimmy Fallon, The Tonight Show with Jay Leno, Conan, The Late Show with David Letterman, Jimmy Kimmel Live and many more.

ABOUT PANIC! AT THE DISCO

Panic! At The Disco is an award winning, internationally acclaimed rock band. Their new single “Victorious” debuted at #1 on iTunes, and Billboard + Twitter’s Trending 140 chart. Their previous single, “Hallelujah,” was released to equal enthusiasm earlier this year. To date, the band has had 7.44 MILLION spins on Pandora. The band’s fourth studio album, Too Weird to Live, Too Rare to Die!, was released in October 2013, and debuted at No. 2 on the Billboard 200 Album Chart, marking their second album to do so. Its lead single, “Miss Jackson (Feat. Lolo)” was certified GOLD by the RIAA and charted in the Top 10 on the Alternative and Modern Rock charts. Panic! At The Disco’s prior albums include 2005’s double-platinum A Fever You Can’t Sweat Out, 2008’s Pretty. Odd., which debuted at No. 2 on the Billboard Album chart, and Vices & Virtues, which debuted at No. 7 earning the band critical praise. Panic! At The Disco has been nominated for many awards including Grammy, Teen Choice, Kerrang and MTV Video Music Awards. Panic! At The Disco is currently gearing up for the release of their forthcoming studio album Death of a Bachelor, due out on January 15th via Fueled By Ramen / DCD2 Records and celebrating the 10-year anniversary of their debut album.

G-Eazy is an acclaimed hip-hop recording artist from the Bay Area with 413.8 MILLION spins to date on Pandora. Having previously released a slew of buzzed-about mixtapes and EPs, he released his debut album These Things Happen in 2014, which debuted #1 across several Billboard Charts, and remained in the Top 200 for over a year. G-Eazy will release his much-anticipated follow up album When It’s Dark Out on December 4. Known for his incredible skills as a live performer, G-Eazy has been called by USA Today one of the best and biggest hip-hop touring acts on the college circuit. After a sold out world tour, this summer he played a slew of the biggest music festivals across North American andEurope, from Outside Lands to Roskilde, Wireless Festivals, night closing sets at Lollapalooza and Bonaroo, and most recently Austin City Limits. He recently announced a two month U.S. tour in support of When It’s Dark Out, with tickets on sale November 13.

An internationally praised electronic act trio from New Jersey — Cash Cash — comprised of best friends and brothers (Jean Paul Makhlouf, Alex Makhlouf and Samuel Frisch) are hailed for their infectious dance-pop original tracks – including their current infectious single “Devil” featuring Busta Rhymes, B.o.B. and Neon Hitch – among vibrant remix productions and their energetic live DJ sets, including festival mainstages and clubs spanning across the globe, including their current nationwide sold-out North American “Untouchable” Tour they are co-headlining with Tritonal. Cash Cash emerged from the start with global recognition and support from renowned DJs and peers, including Tiesto, Hardwell, Zedd, and Nicky Romero, captivating dance music insiders and friends along the way. Their hit song “Take Me Home” featuring Bebe Rexha has been certified Gold in the United States, while “Surrender” reigned on radio, the trio’s second #1 song on dance radio. Cash Cash has reached 129.15 MILLION spins to date on Pandora.