RAND Luxury To Host During The 2017 Sundance Film Festival 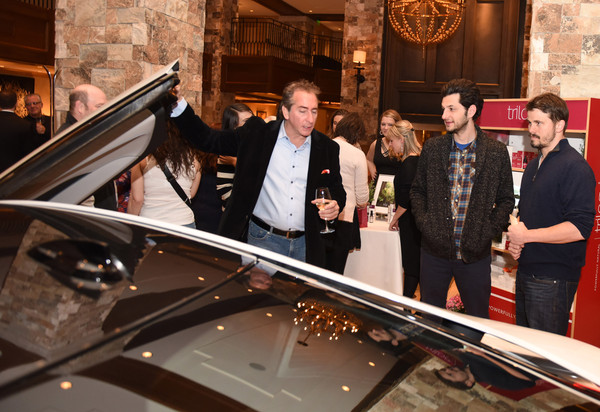 BRADFORD RAND and his team at RAND Luxury has once again partnered with The St. Regis – Deer Valley to host exclusive receptions and cocktail parties during the 2017 Sundance Film Festival. Talent and VIPs will be transported to the event by the official automotive sponsor, Porsche. While guests enjoy cocktails and h’our devours, they will learn about 360FLY the cameras that miss nothing, which are perfect for the Sundance crowd. Dennis Basso and J Mendel will be on hand to pre-dress any celebrities and share their latest collections. Also sponsoring these events will be LightStim, whom will be showcasing their LED light therapy products products, and LG Electronics which will be showcasing their latest 4K High Definition Television. For those entertainment industry jet setters attending, they will learn about the latest ways to travel in style with Jet Aviation and Gulfstream.

WHAT: Private Brunch Reception – ROUTE 1 Entertainment Celebrating Colossal and Landline – By Invitation Only

ABOUT: Route One Entertainment is a finance and production company with headquarters in Los Angeles, California. Route One’s mission is to invest in and produce diversified portfolios of highly marketable, premiere entertainment projects. By investing in a blend of competitive properties aimed at the rapidly expanding global entertainment market – including film, TV and digital content — Route One intends to maximize the portfolio effect of entertainment financing and drive a more predictable and sustainable ROI to investors. The company believes this strategy can provide an innovative and sustainable model for funding independently financed entertainment.

Colossal is the story of Gloria (Hathaway), a troubled woman, who returns to her hometown after a breakup only to find that she, along with a childhood friend (Sudeikis), are linked to the motions of giant monsters attacking Seoul. To prevent further destruction, Gloria needs to determine why her seemingly insignificant existence has such a colossal effect on the fate of the world. Target release date is Q2 2017.

Route One Entertainment co-financed and co-produced Landline in partnership with Gigi Pritzker’s OddLot Entertainment, (Drive, The Way Way Back, Hell or High Water.) Russell Levine produced for Route One.

Set in Manhattan in 1995, Landline follows three women in one family having plenty of sex, drugs and Japanese food. Teenage Ali discovers her dad’s affair, her older sister Dana uncovers her own wild side, and their mother Pat grapples with the truth that she can’t have it all, but her family can still have each other. For a generation raised on divorce and wall-to-wall carpeting, Landline is an honest comedy about what happens when sisters become friends and parents become humans.

TIME: 9pm-12am: Cocktail Reception for Mosaic — BY INVITATION ONLY

WHAT: Private evening reception – Mosaic celebrating their films during the 2017 Sundance Film Festival.

ABOUT: Mosaic is a talent management firm that represents a circle of today’s hottest stars including January Jones, Kate Mara, Will Ferrell & many more.

WHAT: Private evening reception – APA celebrating their films during the 2017 Sundance Film Festival.

ABOUT: APA is one of the largest diversified talent agencies in the country. It represents artists, performers, brands, intellectual properties and production across all media platforms including film, television, music, theater, publishing and digital.

RAND Luxury, founded by Bradford Rand is the producer of The Luxury Lounge during Sundance at The St. Regis. The company is an international event-production company that caters to the world’s finest luxury brands. Based in Manhattan, the organization is best known for their ‘Invitation-Only’ events in New York, Beverly Hills, the Hamptons, Sundance / Park City and The Toronto Int’l Film Festival, where RAND showcases and unveils leading brands in industries including automotive, luxury home & business technology, jewelry, private aviation, spirits, watches and beyond. The team has produced more than 1,000 press/media events, charity fundraisers, trade shows, brunches, conferences and hiring events since 1993. For more information, please visit our website at: http://www.randluxury.com For sponsorship information: BRand(at)RandLuxury(dot)com / 212.655.4505 ext 223

About The St. Regis Deer Valley