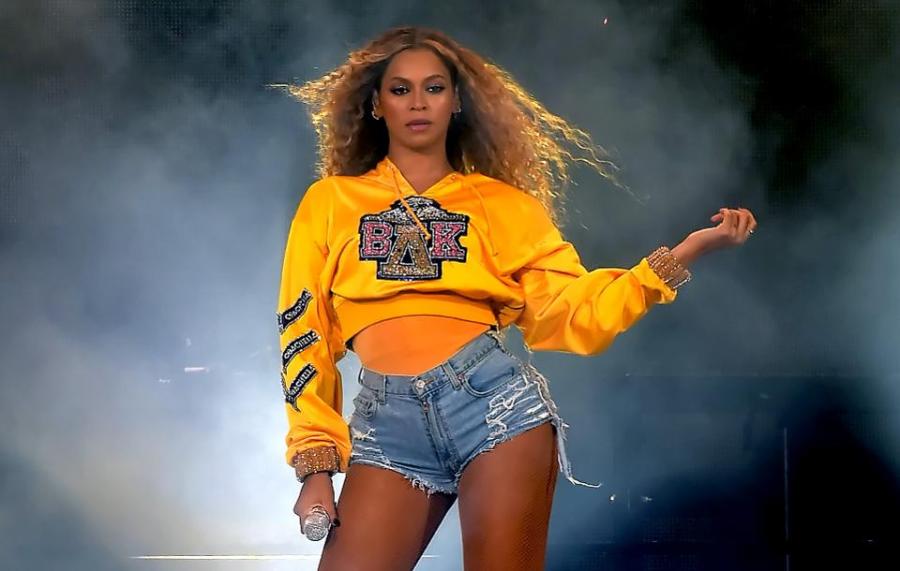 GOOGLE.ORG MATCHES HER ORIGINAL $100,000 GRANT, BEYGOOD URGES OTHER BUSINESSES TO DO THE SAME

Beyoncé, through her BeyGOOD initiative, announces a partnership with Google.org, the charitable arm of tech giant Google, to award four new scholarships as part of her Homecoming Scholars Award Program. The iconic performer also issues a challenge to other businesses to join Google.org in investing in excellence through education.

Google.org has matched the $100,000 grant Beyoncé announced last week, which will enable four additional HBCUs to receive $25,000 scholarships for the 2018-2019 academic year. The schools chosen are Texas Southern University, located in Beyoncé’s home city, Houston, Fisk University in Nashville, Tennessee, the alma mater of her father, Mathew Knowles, Grambling State University in Grambling, Louisiana and Morehouse College in Atlanta, Georgia. HBCUs are institutions of higher education in the United States that were established before the Civil Rights Act of 1964 with the intention of primarily serving the African-American community.

“Google understands the vital role historically black colleges and universities play in delivering a high quality and culturally responsive education,” states Maab Ibrahim, a Google.org program manager. “In the last several years, Google has launched innovative programs to close the distance between Silicon Valley and HBCUs; we are proud to continue that commitment by matching Beyoncé’s generous donation.”

“Partnering with organizations like Google.org in support of HBCUs is our way of elevating cultural touchstones that paint a clear picture of excellence and opportunity through diverse education,” states Ivy McGregor, Director of Philanthropy and Corporate Relations at Parkwood Entertainment, which houses BeyGOOD. “We challenge other businesses across the country to join us in this commitment to higher education and investment in the future.”

On Saturday, April 14, Beyoncé made history at the 2018 Coachella Valley Music and Arts Festival by becoming the first Black woman to headline in the festival’s 19-year run.

The jubilant set, housed on a pyramid stage with 150-plus cast members, dutifully in-sync, was the first time the icon returned to her home, the stage, in over one year.

The show, with its homage to excellence in education, was a celebration of the homecoming weekend experience, the highest display of college pride. The energy-filled production put the spotlight on art and culture, mixing the ancient and the modern, which resonated masterfully through the marching band, performance art, choir and dance.   It was the impetus to mark her second scholarship program.

“As a Morehouse graduate myself, I can attest that HBCUs provide both an excellent educational opportunity, as well as a community of support that lasts a lifetime,” says Steve Pamon, President and COO of Parkwood Entertainment, the company serving as the umbrella for Beyoncé’s production and business ventures.  “The lifeblood of that community is an annual pilgrimage to homecoming.  This scholarship program can ensure that more students will enjoy the HBCU experience that continues to enrich my life.”

A total of eight schools will now receive Homecoming Scholars awards for the 2018-2019 academic year, including awards previously-announced for Xavier University of Louisiana, Wilberforce University in Ohio, Tuskegee University in Alabama and Bethune-Cookman University in Florida.

One winner from each school will receive $25K for the 2018-2019 academic year for study in various fields.  This is the second year of scholars programs created by Beyoncé.

The Formation Scholars Awards Program, also a merit scholarship program, was established in April 2017 in celebration of the one-year anniversary of LEMONADE, Beyoncé’s critically-acclaimed and globally-lauded 2016 visual album.   The Formation Scholars awards encouraged and supported young women who are bold, creative, conscious, confident and unafraid to think outside of the box.

The Homecoming Scholars Award Program for 2018-2019 will expand to qualifying students at the universities, regardless of gender.  The disciplines will include literature, creative arts, African-American studies, science, education, business, communications, social sciences, computer science and engineering.  All applicants must maintain a 3.5 GPA or above. All finalists and winners will be selected by the universities. Winners will be announced this summer.

Texas Southern University in Houston, TX. was founded in 1927 as the Houston Colored Junior College. Texas Southern University possesses an impressive array of more than 100 undergraduate and graduate programs and concentrations, a diverse faculty, 80-plus student organizations, and an extensive alumni network comprised of educators, entrepreneurs, public servants, lawyers, pilots, artists, and more, many of whom are change agents on the local, national and international stage. Nestled upon a sprawling 150-acre campus, Texas Southern University is one of the nation’s largest historically black universities. http://www.tsu.edu/home/

Fisk University is the oldest institution of higher learning in Nashville, Tennessee. Founded in 1866, shortly after the end of the Civil War and just two years after the Emancipation Proclamation, three men — John Ogden, the Reverend Erastus Milo Cravath, and the Reverend Edward P. Smith — established the Fisk School in Nashville. The first students ranged in age from seven to seventy, but shared common experiences of slavery and poverty — and an extraordinary thirst for learning. Fisk’s world-famous Jubilee Singers originated as a group of traveling students who set out from Nashville on October 6, 1871, taking the entire contents of the University treasury with them for travel expenses, praying that through their music they could somehow raise enough money to keep open the doors of their school. https://www.fisk.edu/

Grambling State University is in Grambling, Louisiana and was founded in 1901 as the Colored Industrial and Agricultural School. It was founded by the North Louisiana Colored Agriculture Relief Association, organized in 1896 by a group of African-American farmers who wanted to organize and operate a school for African Americans in their region of the state. In response to the Association’s request for assistance, Tuskegee Institute’s Booker T. Washington sent Charles P. Adams to help the group organize an industrial school. Adams became its founding president. The university is a member-school of the University of Louisiana System and Thurgood Marshall College Fund. http://www.gram.edu/

Morehouse College is located in Atlanta, GA and was founded in 1867 as the Augusta Institute by the Rev. William Jefferson White. Morehouse is the world’s only HBCU for men. It has produced four Rhodes Scholars, several college presidents, and leaders in many other fields. According to the National Science Foundation, Morehouse is the nation’s top producer of black males who continue their education and receive doctorates. The National Science Foundation also ranked Morehouse as the No. 1 producer of black men who receive doctorates in education, life and physical sciences, math and computer sciences, psychology and social sciences, as well as humanities and the arts. Morehousecurrently has more than 17,000 alumni representing more than 40 states and 14 countries. http://www.morehouse.edu/

Xavier University of Louisiana, founded by Saint Katharine Drexel and the Sisters of the Blessed Sacrament, is Catholic and historically Black. The ultimate purpose of the University is to contribute to the promotion of a more just and humane society by preparing its students to assume roles of leadership and service in a global society. This preparation takes place in a diverse learning and teaching environment that incorporates all relevant educational means, including research and community service.
http://www.xula.edu/

Wilberforce University is a four-year, fully accredited liberal arts institution offering 20 academic concentrations in business, communications, computing and engineering sciences, humanities, natural sciences and social sciences.  Wilberforce University also offers dual degree programs in architecture, aerospace, and nuclear engineering. Through the University’s Adult and Continuing Education Program, we offer Credentials for Leadership in Management and Business (CLIMB), for individuals interested in completing their bachelor of science degrees in organizational management, health care administration and information technology. The University was founded in 1856 through a collaboration of the Cincinnati Ohio Conference of the Methodist Episcopal Church and the African Methodist Episcopal Church (AME). The university attracted the top professors of the day, including W.E.B. Du Bois.
http://wilberforce.edu

Tuskegee University, located in Tuskegee, Alabama, is an independent and state-related institution of higher education. Its programs serve a student body that is coeducational as well as racially, ethnically and religiously diverse. With a strong orientation toward disciplines which highlight the relationship between education and work force preparation in the sciences, professions and technical areas, Tuskegee University also emphasizes the importance of the liberal arts as a foundation for successful careers in all areas. Accordingly, all academic majors stress the mastery of a required core of liberal arts courses.  Tuskegee University was founded on July 4, 1881. It was established by Booker T. Washington. The university was home to scientist George Washington Carver and to World War II’s Tuskegee Airmen.
https://www.tuskegee.edu/

Bethune-Cookman University was founded in 1904 by Dr. Mary McLeod Bethune. Bethune-Cookman University (B-CU) today sustains her legacy of faith, scholarship and service through its relationship with the United Methodist Church and its commitment to academic excellence and civic engagement. B-CU offers 38 degrees on its main campus and online college. Located in Daytona Beach, Florida, B-CU is one of three private, historically black colleges in the state of Florida. The institution boasts a diverse and international faculty and student body of nearly 4,000.
http://www.cookman.edu/

ABOUT BeyGOOD
Founded in 2013 during the Mrs. Carter Show World Tour, BeyGOOD is an extension of Beyoncé’s charitable heart. Through impactful dynamic partnerships, BeyGOOD’s mission is to set an example of giving back and paying it forward while empowering others to do the same with what they have in their own communities. BeyGOOD is built on the belief that we are all in this together and each and every one of us can make a difference by giving back.