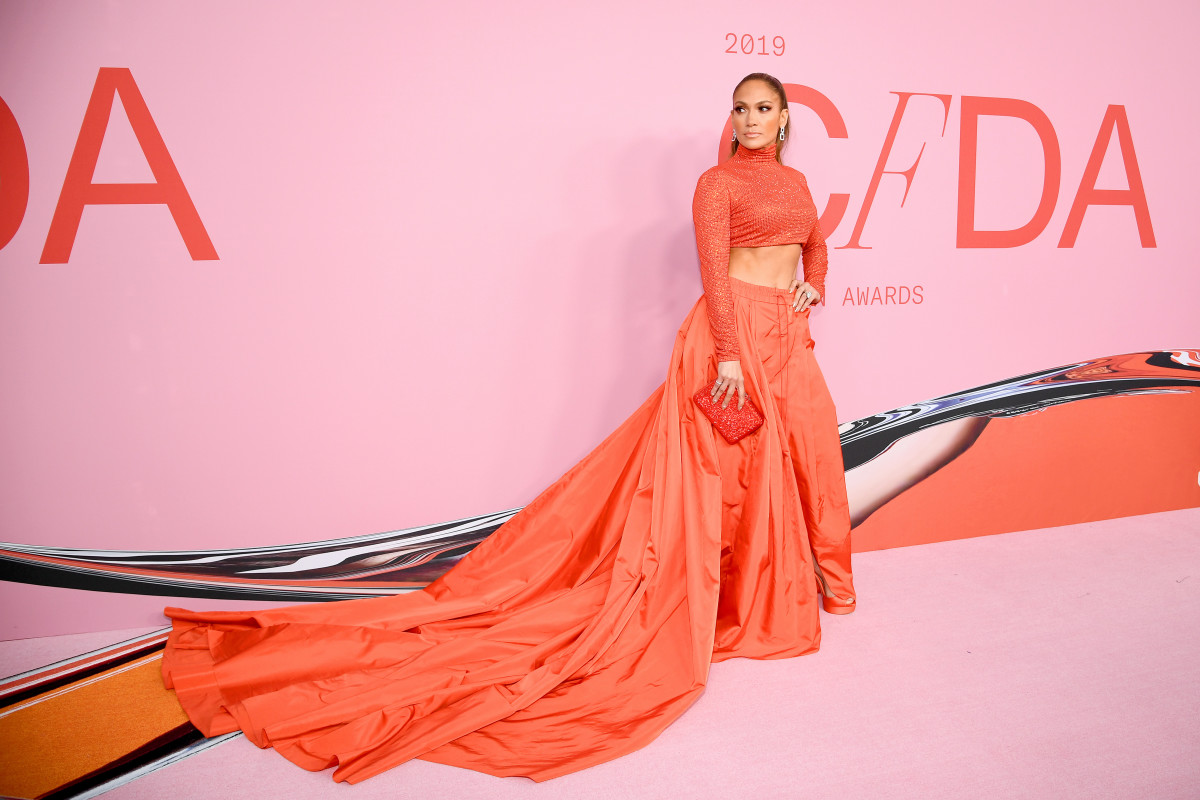 Yesterday, the Council of Fashion Designers of America (CFDA) celebrated the winners and honorees of the 2019 CFDA Fashion Awards at the Brooklyn Museum in New York. Hasan Minhaj and Jessica Williams joined the evening’s presenter lineup, which also included Yara Shahidi, Bernadette Peters, and Tom Ford.

Sarah Burton of Alexander McQueen was recognized with the Valentino Garavani and Giancarlo Giammetti International Award, presented by Anna Wintour.

The Founder’s Award in honor of Eleanor Lambert was presented to Carine Roitfeld by Tom Ford.

Barbie received the Board of Directors’ Tribute, which was presented by Yara Shahidi.

The Positive Change Award was presented to Eileen Fisher by Dao-Yi Chow and Maxwell Osborne.

In one of the highlights of the evening, Michael Kors surprised outgoing CFDA Chairwoman Diane von Furstenberg with a tribute before she handed over the organization’s Chairmanship to Tom Ford.

“I have been privileged to lead the CFDA for the last 13 years,” said Diane von Furstenberg. “In fashion, we are about glamorous entrances, but beautiful exits are equally important. I could not have wished for a better exit, a more glamorous upgrade, and a better successor than Tom Ford.”

“I am honored to be the new Chairman of the CFDA and excited about all the opportunities I see in the future of American fashion,” said Tom Ford, the new Chairman of the CFDA. I have spent most of my career living and working in Europe, but I am an American fashion designer at heart who started here on Seventh Avenue. When I was asked to take on this new role, I felt a sense of duty to give back to our industry and to support our designers and the American fashion system in any way that I can, and in particular to help the next generation of talent succeed.”

“Tonight, at the Brooklyn Museum, designers, business partners, friends, supporters and muses have come together to celebrate our industry,” said Steven Kolb, President and CEO of the CFDA. “You have built American fashion into a cultural influence that drives our economy.”

As part of the CFDA’s commitment to design education, CFDA member Christian Siriano and Ashley Graham acknowledged the following scholarships and post-graduate opportunities and their recipients.

ABOUT THE 2019 CFDA FASHION AWARDSNominees, honorees, and winners were determined by the CFDA Awards Guild which is comprised of CFDA members, leading fashion journalists, stylists, and top retail executives.

About the CFDAThe Council of Fashion Designers of America, Inc. (CFDA) is a not-for-profit trade association founded in 1962 with a membership of nearly 500 of America’s foremost womenswear, menswear, jewelry, and accessory designers. In addition to hosting the annual CFDA Fashion Awards, the organization owns the Fashion Calendar and is the organizer of the Official New York Fashion Week Schedule. It also offers programs which support professional development and scholarships. Member support is provided through the Strategic Partnerships Group, a group of high-profile companies offering designers strategic opportunities. The CFDA Foundation, Inc. is a separate, not-for-profit organized to mobilize the membership to raise funds for charitable causes and engage in civic initiatives. For more information, please visit http://www.CFDA.com, facebook.com/cfda, instagram.com/cfda, twitter.com/cfda, cfda.tumblr.com, and youtube.com/cfdatv

Posted by The Real Sam I Am